Without a doubt, kale has to be the quintessential Thai green vegetable. In Thai, it’s called pak ka-naa. It makes a regular appearance on the table, as a stir-fried side dish, in bowls of egg noodles and as a green addition to gravy on noodles. 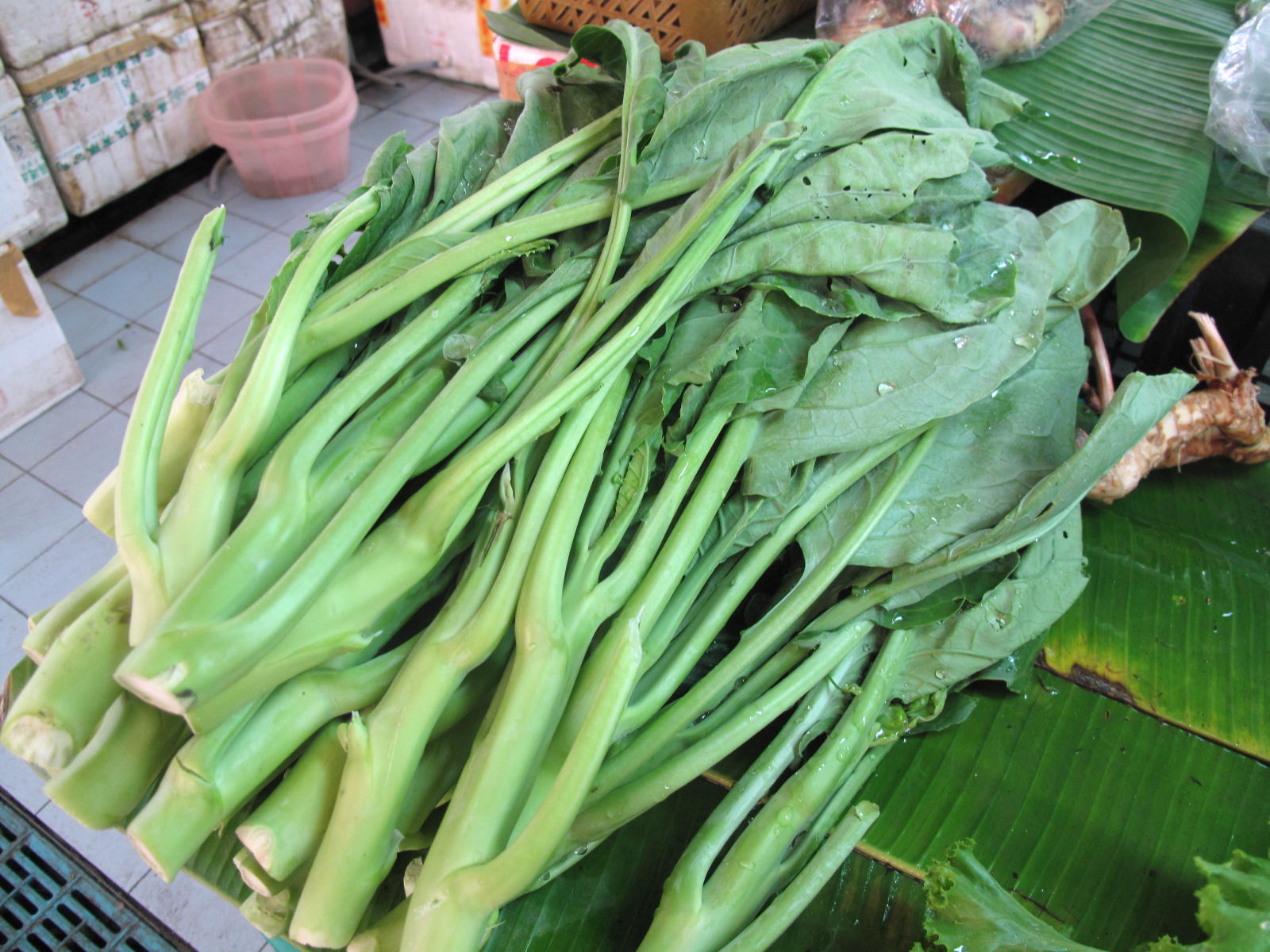 Chinese Kale on sale in a Bangkok market

Kale is sometimes called Chinese broccoli, although the resemblance to broccoli usually has to be pointed out. Like broccoli, kale has thick green stems which are edible. Unlike broccoli, or the variety of kale popular in U.S. supermarkets, the stems end in large leathery leaves, also edible. You can, if you like, divide diners into those that like the stalks and those that like the leaves. Of course, on the whole everybody likes kale.

Kale is a variety of cabbage, one of the most primitive types in fact. It originated in southern China, along with broccoli and cabbage. It would have come to Thailand along with the earliest settlers thousands of years ago, and was probably carried to Europe along the ancient silk routes. Until the end of the middle ages, kale was perhaps the most common green vegetable in all of Europe. Kale grows year-round in the fields around Chiang Mai, as it does throughout most of Thailand.