Galangal is one of the cornerstones of Thai cuisine. Few other regional foods use this fragrant tuber more than Thailand. Galangal is a close relative of ginger. Like it, galangal is the tuberous root of a flowering plant that grows on the forest floor. When mature, galangal plants produce a pale green orchid-like flower that is also edible, although I’ve never seen it in the markets or used in everyday recipes. 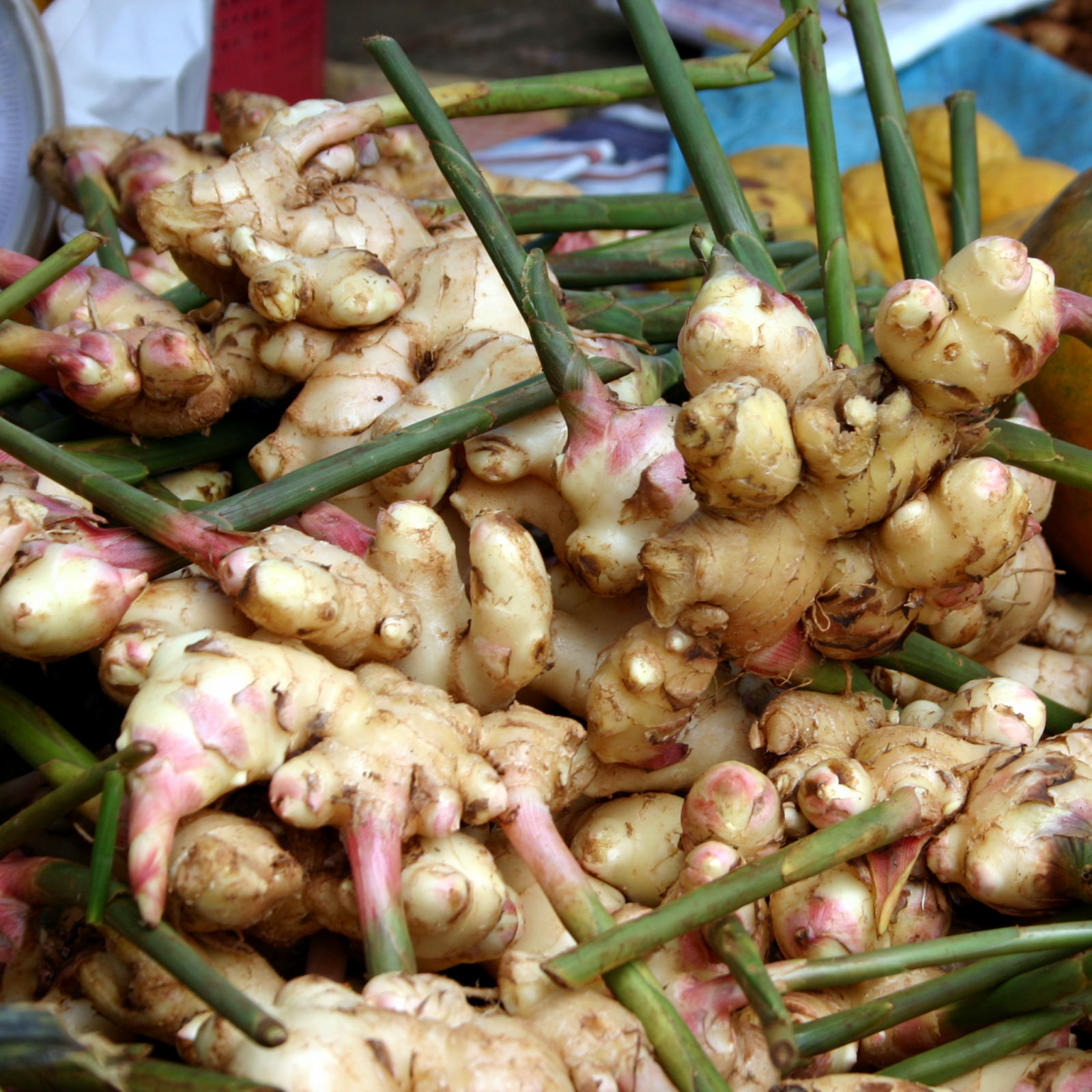 A bushel of fresh galangal in the market.

In the fresh markets such as the Muang Mai wholesale area in Chiang Mai, the baskets of galangal stand out, due to their white roots which will often have the pinkish stalks of the plants still jutting straight up from the tuber. Most market vendors leave the stems on the root. Although the stems are pink where they emerge from the tuber, they transition to green where the stalk breaks through the earth into the sun. The texture of galangal is harder and more woody than ginger. In taste, it has a pungent spiciness that is quite unique. The taste can change, becoming more pungent as the root ages.

The name “galangal” is apparently an Arab corruption of the Chinese word for ginger. Arab traders introduced the spice to Europe around the ninth century. In Thai, galangal is called ka. Some English language recipe books also refer to it as “Laos”.

According to contemporary research, galangal contains high concentrations of a powerful antioxidant flavonol dubbed galangin that is capable of modulating enzyme activities and suppressing the genotoxicity of chemicals. The research concluded that galangin is a promising candidate for chemo-prevention of abnormal growths.

Traditional medicine, both eastern and western, uses galangal to relieve gas, indigestion and stomach pain. Like ginger, it may be useful in treating seasickness. One recent study found it to be nearly as effective as nitroglycerin for certain types of heart problems.