The mint plant’s more than 25 varieties probably originated in Asia but today are found all around the world, and have been used by man since pre-historic times. The common Thai variety is a strain of peppermint and has bright green wrinkly leaves. Mint is used in many traditional dishes from the North and North-east of Thailand. Curiously, mint is only ever found in savory dishes. I’ve never encountered any sweets made with mint, nor do Thais have a taste for mint tea, which is otherwise popular in many other parts of the world. Note that fresh mint leaves are always sprinkled over meat dishes after they’re cooked. This is because cooking destroys the flavor of the mint. 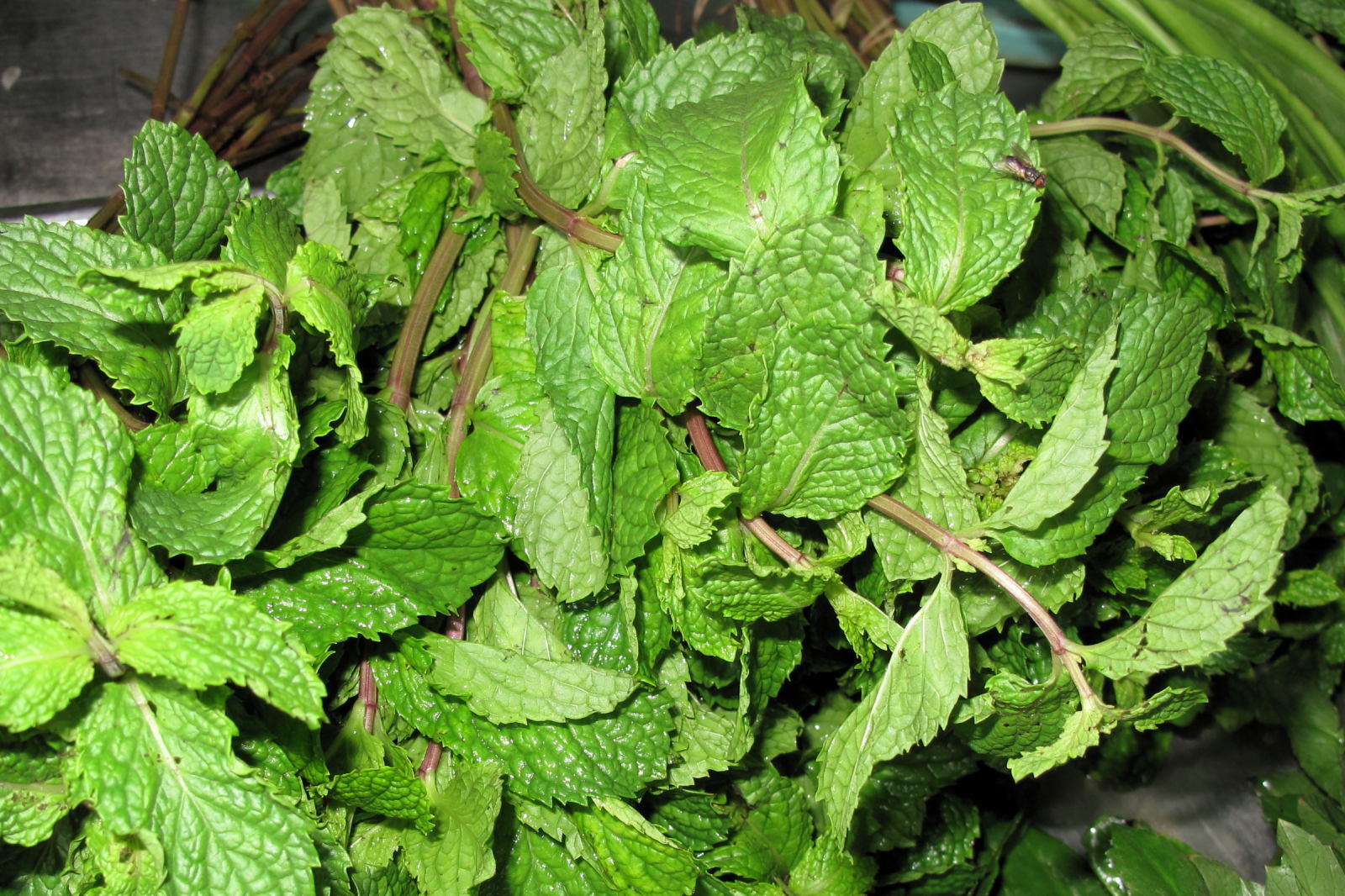 The ancient Romans believed that eating mint increased intelligence and kept you from getting headaches. Mint was used by Europeans in the middle ages more as a drug than a seasoning. It was used to treat mouth sores, dog and wasp bites, whiten teeth, and prevent milk from curdling. It also repels mice and rats, reportedly.