Tomatoes are yet another immigrant from the New World. They have been incorporated into Thai cuisine, but tomatoes - makeua tet in Thai - don’t play nearly the same role they do in western cuisine. Tomatoes are often used just to add a bit of color to a dish, and rarely form the basis for a recipe as they do with Italian sauces. 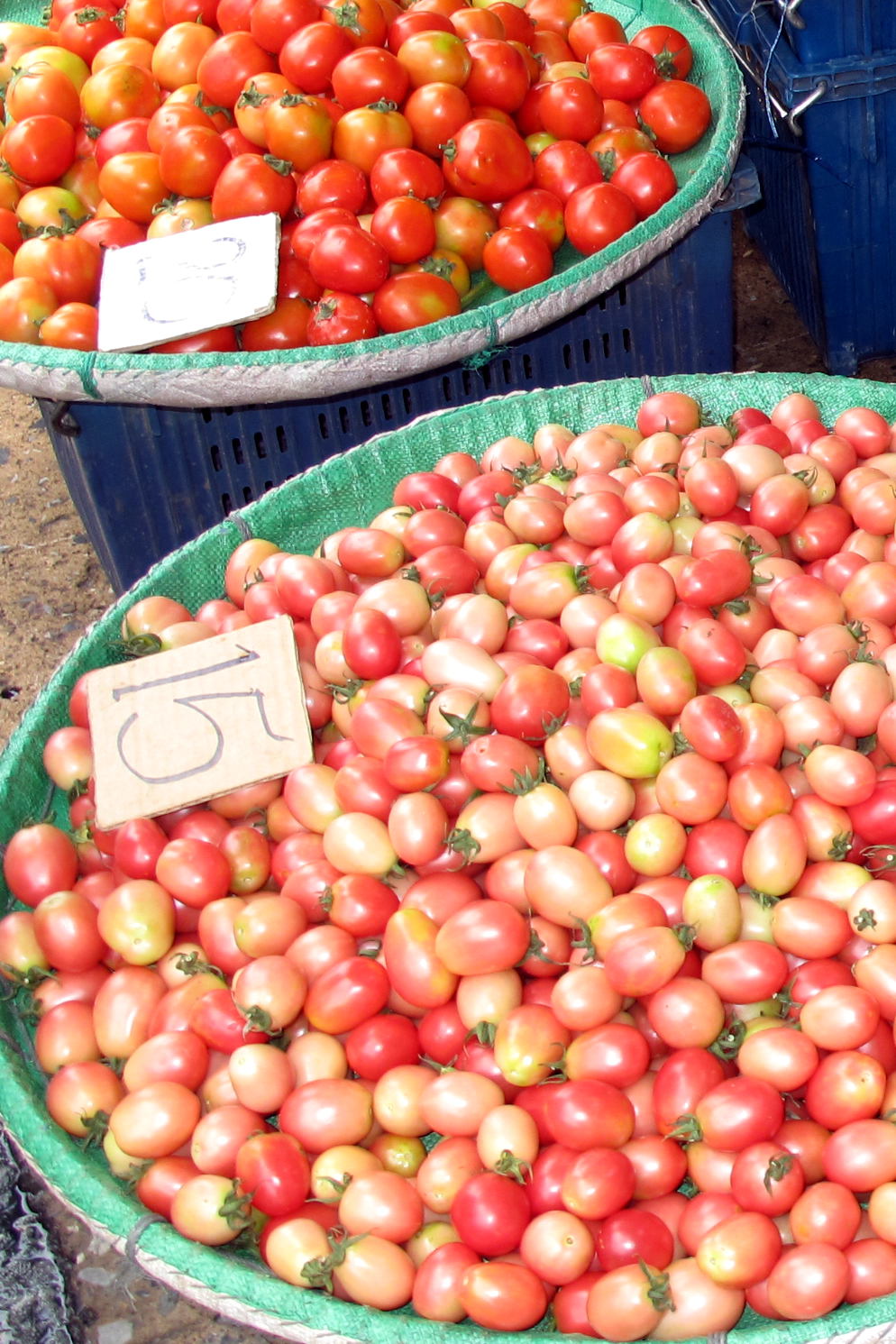 A large pile of tomatoes on sale in the market.

Thai tomatoes come in a variety of shapes and sizes. Smaller fruits are generally preferred, with perhaps the most common resembling the plum tomatoes favored by Italians as well. These will be added whole to green papaya salad, or sometimes quartered and tossed into fried rice.

Tomatoes are rich in vitamins and also a good source of key antioxidants. The University of California at Davis in the United States recently rated the tomato as the single most important fruit or vegetable of western diets, in terms of the vitamins and minerals delivered.

Tomatoes also have a high content of glutamate, a naturally occurring compound that provides the “G” in MSG, a seasoning that has gotten a rather bad name. It is glutamate that makes foods taste good. Other foods high in natural glutamate are cheese, fish and mushrooms.