Among Thais as well as expats around Thailand, this dessert called Bua Loy in Thai is definitely a favorite. It's surprisingly simple to make, although it does take some time. 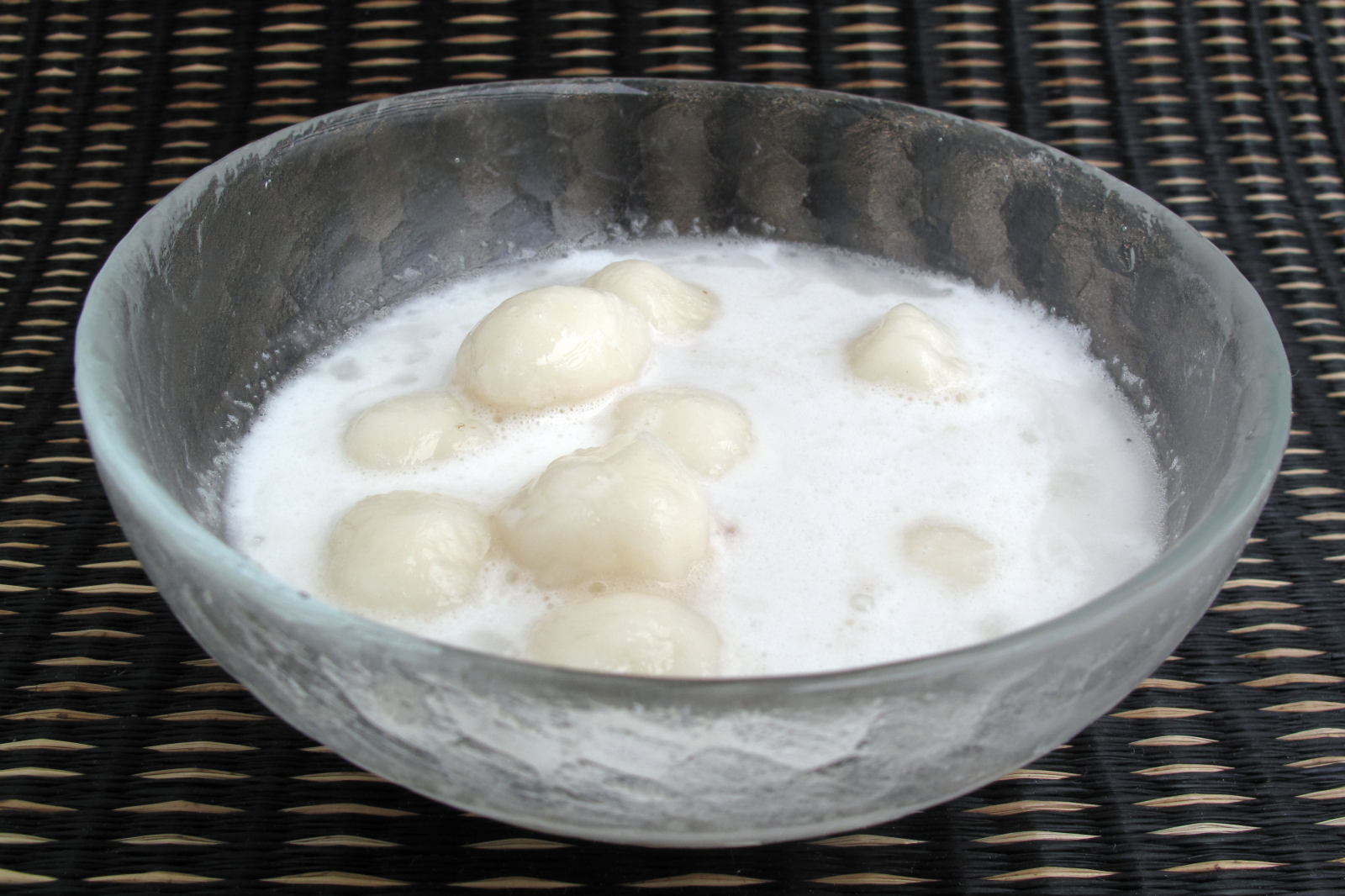 The taro is not a traditional addition to this dessert, but I had some left over from another dish and found it was a good fit. Taro in sweet coconut milk is a common enough thing, so this is like combining the two. I've also been served this dish with some diced water chestnut added, which is also very good.

The cinnamon is definitely non-traditional, as Thais never use it in sweets, thinking it's just for savory dishes. However, I find it adds a nice aroma to the dish. Clove or crystallized ginger might also be interesting alternatives.

This dish should be served at room temperature or warmer. It does not refrigerate well, as the sticky rice flour balls will get hard, and even warming the dish up in a microwave won't get them completely soft again. Also note that the balls will get very sticky if allowed to dry even a little bit, so be sure to transfer them from the cooking pot right into the sweet coconut milk.