Tempeh was one of those tastes I acquired on my many trips to Indonesia. It's often lumped in with another soy-based product, tofu, but while both foods are essentially fermented soy beans, the similarity ends there. I've heard tempeh sometimes compared to cheese, and that is perhaps a fair description. It is made by combining cooked beans with a live culture and then aged. The texture is somewhat similar to a hard cheese as well, although tempeh won't melt when cooked.

I don't think tempeh is as popular in the states as it probably should be as a meat alternative. There are probably a few factors to that. One is that it pretty much has to be fried (some traditional recipes call for it to be boiled in a little water before being fried once the water is steamed away). The other drawback is that on its own tempeh is pretty bland. It either needs to be marinated to give it some flavor, as in this recipe, or in Indonesia it's generally cooked plain but then served with a spicy sauce that mostly consists of sweet soy sauce and fresh chilies. 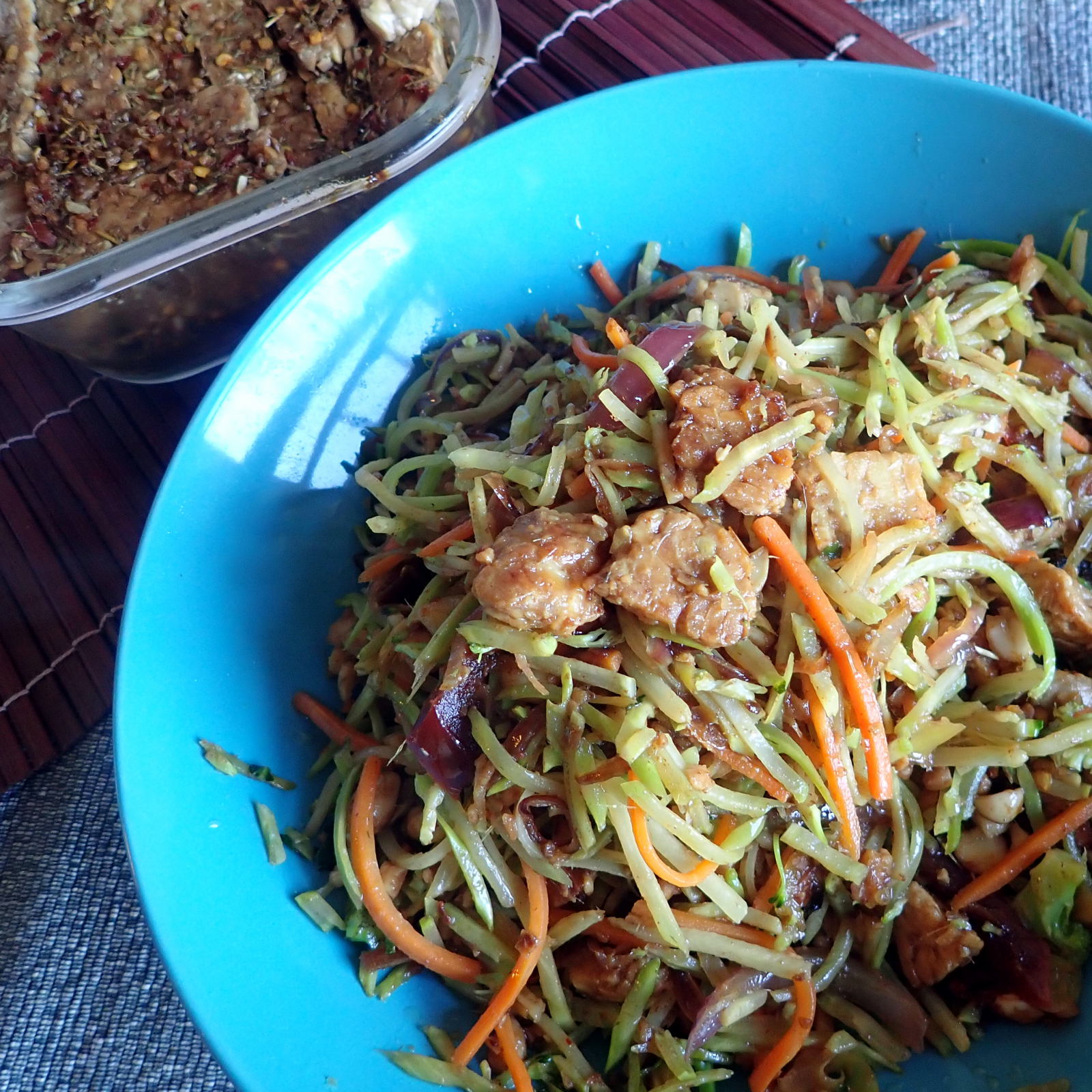 The prepared tempeh will keep more than a week if refrigerated. It should be made at least a day before first needed to give it plenty of time to soak up the flavors. This ingredient works well when stir-frying the tempeh with some fresh vegetables and sambal matah.