Despite spending a lot of time in Indonesia, and Bali in particular, during my time living in Bangkok, I never ran across sambal matah, as such, until I returned to the States. I found it in Trader Joe's of all places, but they stopped carrying it. I liked it so much that I had to find a way to make it. Oddly enough, most of the recipes I found didn't line up with the sauce I had come to like cooking with.

Unlike most sambals, which are generally condiments served with food, with its oil base this particular sauce is best used in cooking, especially stir-fries. I usually use this to fry up some tempe — something I did acquire a taste for in Indonesia — with fresh vegetables like broccoli or green beans.

I generally use peppers from a jar, since fresh cherry peppers are hard to come by. Even in season they can be a little expensive, unless you wait until they're almost out of season. A one quart jar of slices yields about two cups of diced peppers for this recipe. You can adjust the balance of oil and sweet soy sauce to suit your taste. I don't generally measure things when making this sauce and just use enough liquids to fill up the jar! 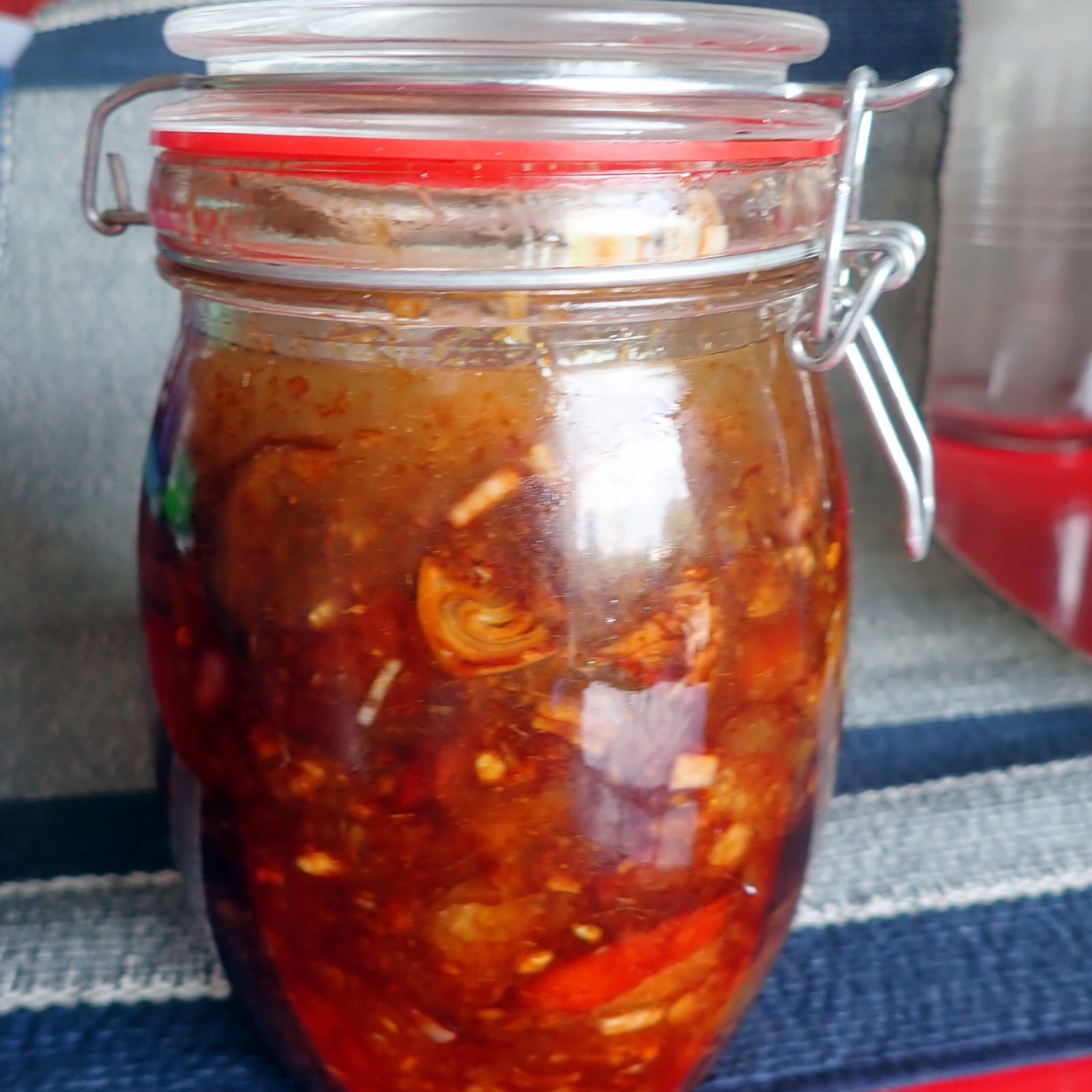 A freshly-made jar of sambal matah.

The sauce will keep refrigerated in a jar for a few weeks. It will tend to settle with the oil rising to the top, so give it a good stir before using. One or two heaping tablespoons adds just the right punch to stir-fries.