This is another one of those recipes I've had copied down from some unknown source for many years. I've made this a number of times over the years. The original recipe called for five ears of fresh corn, but I find this a great light meal for cold winters (well, several meals, since it makes a lot.) For the photo below, I used frozen roasted corn from Trader Joe's. I probably also used a lot more potatoes, onions and carrots than the recipe calls for, since I used a whole potato along with some pre-chopped carrots, celery and onions (mirepoix), from Trader Joe's. 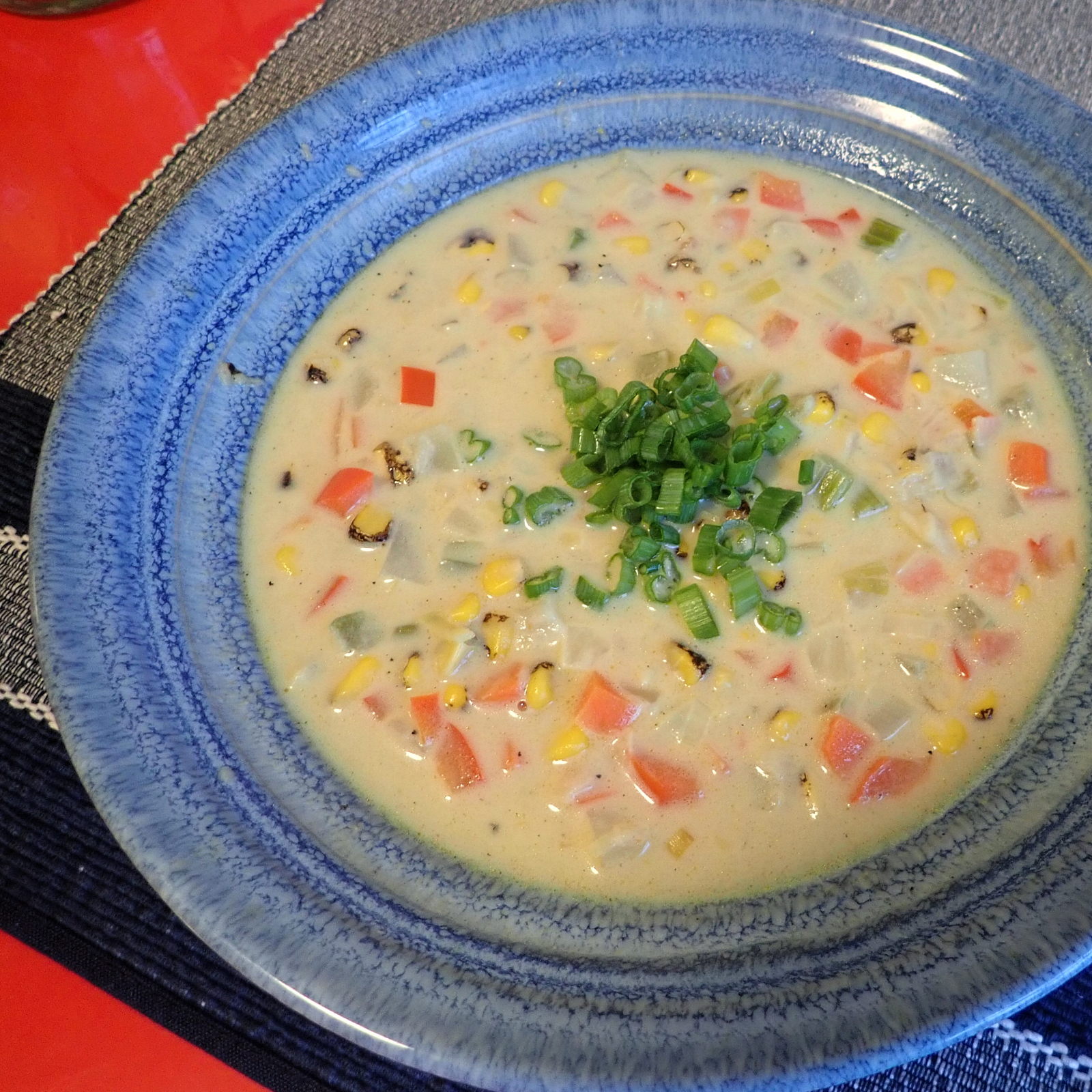 The original recipe called for the bell pepper to be roasted before being chopped, but being lazy I prefer to just use fresh peppers tossed in with the other chopped vegetables. I also tend to use no-chicken or vegetable stock to keep this dish vegetarian.