In Thai, this dish is called Gaeng Hungleh, and it's also called "Chiang Mai Pork Curry", this dish is a specialty of northern Thailand. It originated in the foods that the Burmese bought with them when they occupied the Lanna kingdom, which had its capital in Chiang Mai, from the sixteenth to the eighteenth century. Unlike most Thai curries, it uses only the tiniest bit of coconut milk, and some versions of the recipe use none at all.

There are indeed a great many versions of this dish, since the Burmese origins of the name imply an improvised dish, put together with whatever was on hand. Pork is always the meat used in Thailand, but you should be able to substitute chicken or beef with good results. 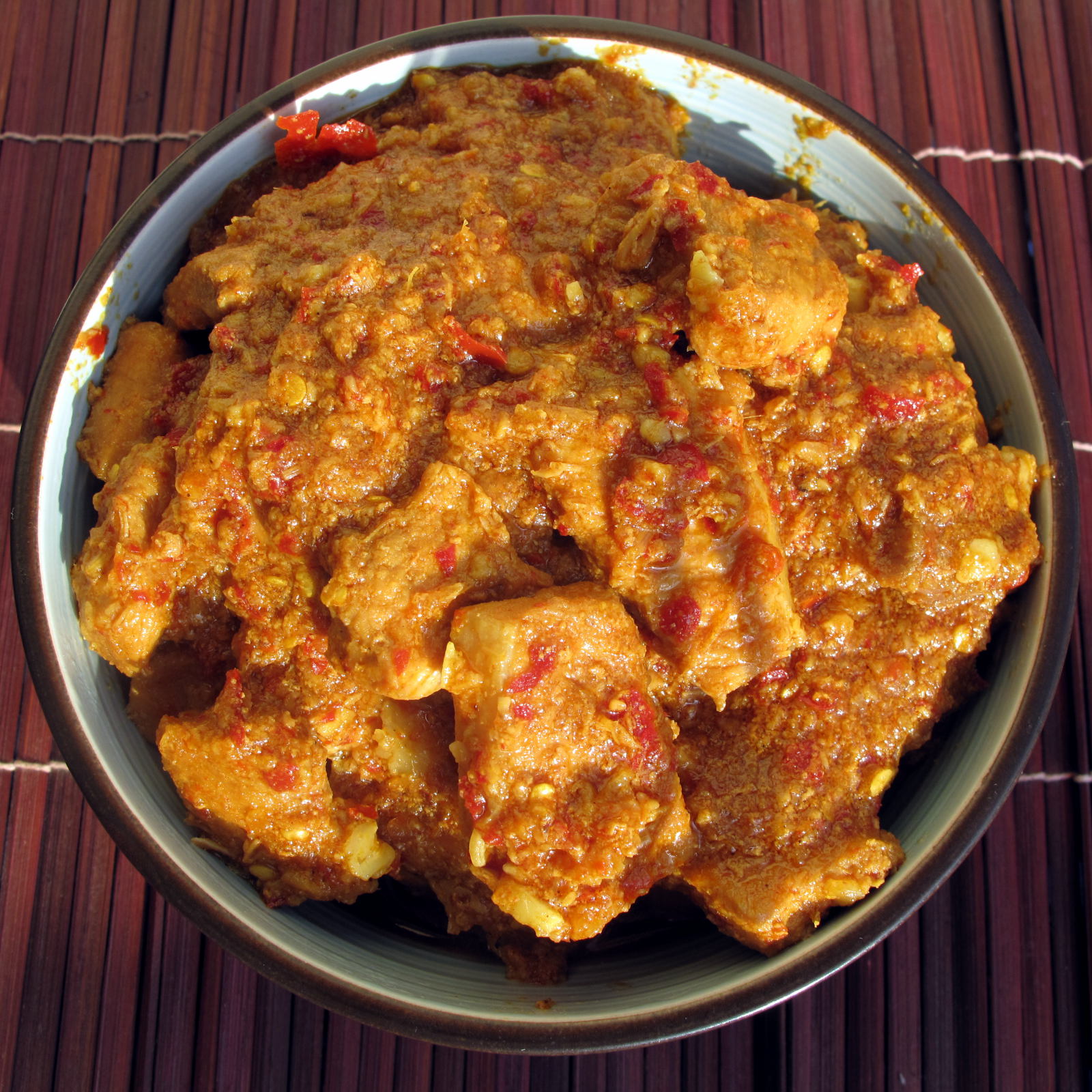 To be completely authentic, Burmese Curry should be served with sticky rice.