Grilled meats with lemongrass are rather less common on the street than a similar looking dish using only garlic and pepper. Still, the lemongrass adds a special flavour that makes this recipe a bit more interesting than what you will normally find. This recipe works well with pork or chicken, and could also be used with beef.

I've shown this as a main dish, which you might serve in a more western style, with vegetables, potatoes, etc. But you could just as easily cut the pork into small strips and serve this as an appetizer or one of many dishes forming part of a more traditional Thai meal. 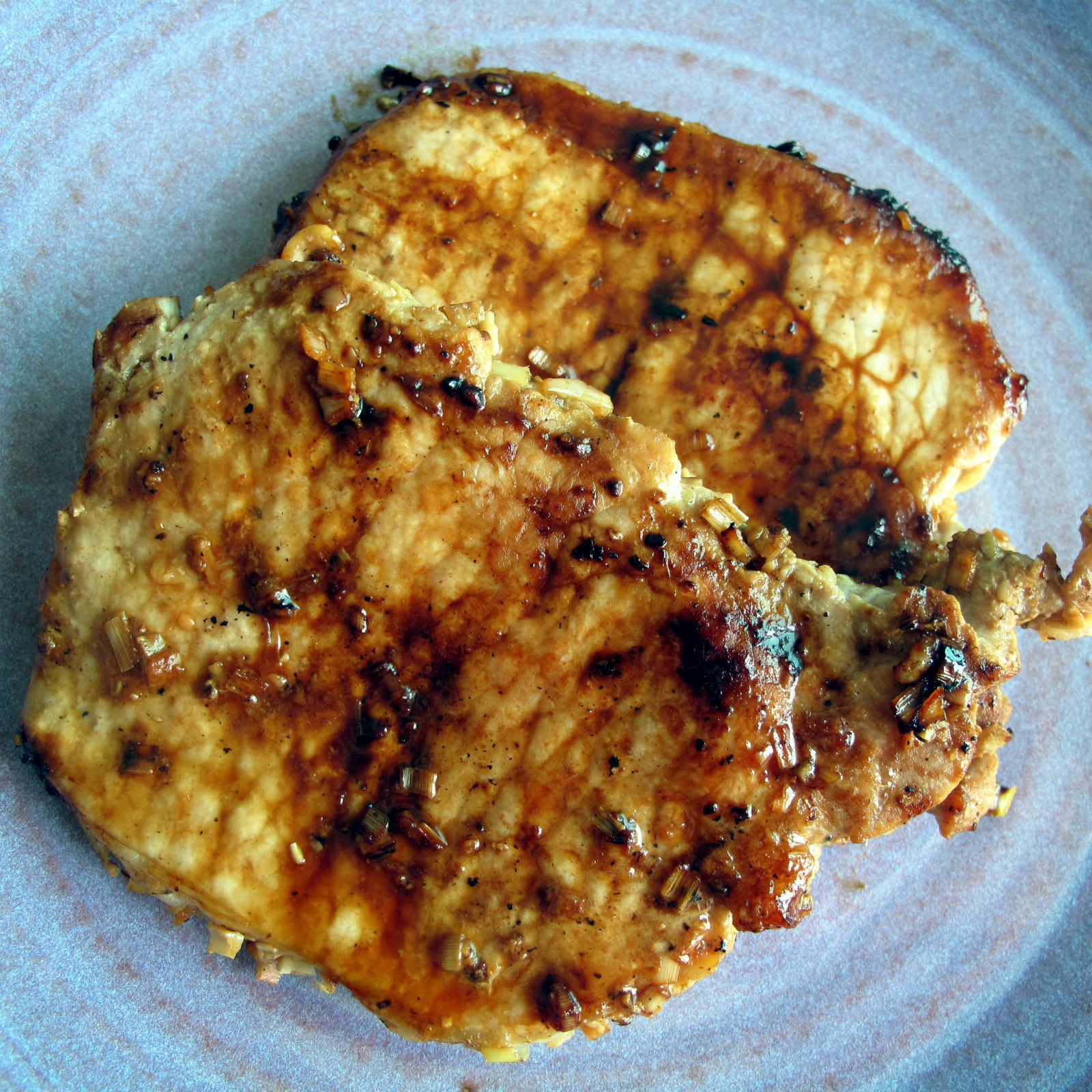 Don't forget that with lemongrass, you only use the lower third, mostly white part of the stalk. The green upper portions are never used in cooking, but they can be used to make tea.