I've never been able to find out exactly how this dish got its name, which in Thai is kwiteeo pat kee mao. Unlike Chinese 'drunken' recipes that I have known, there's no alcohol used in this dish, ever. The basic ingredients are similar to those used in stir-fried meats with garlic and holy basil, called pat krapao in Thai. It does appear that the name actually refers to the diner, rather than the dish. In other words, the name should be translated as 'drunkard's noodles' but that just doesn't have quite the same ring. 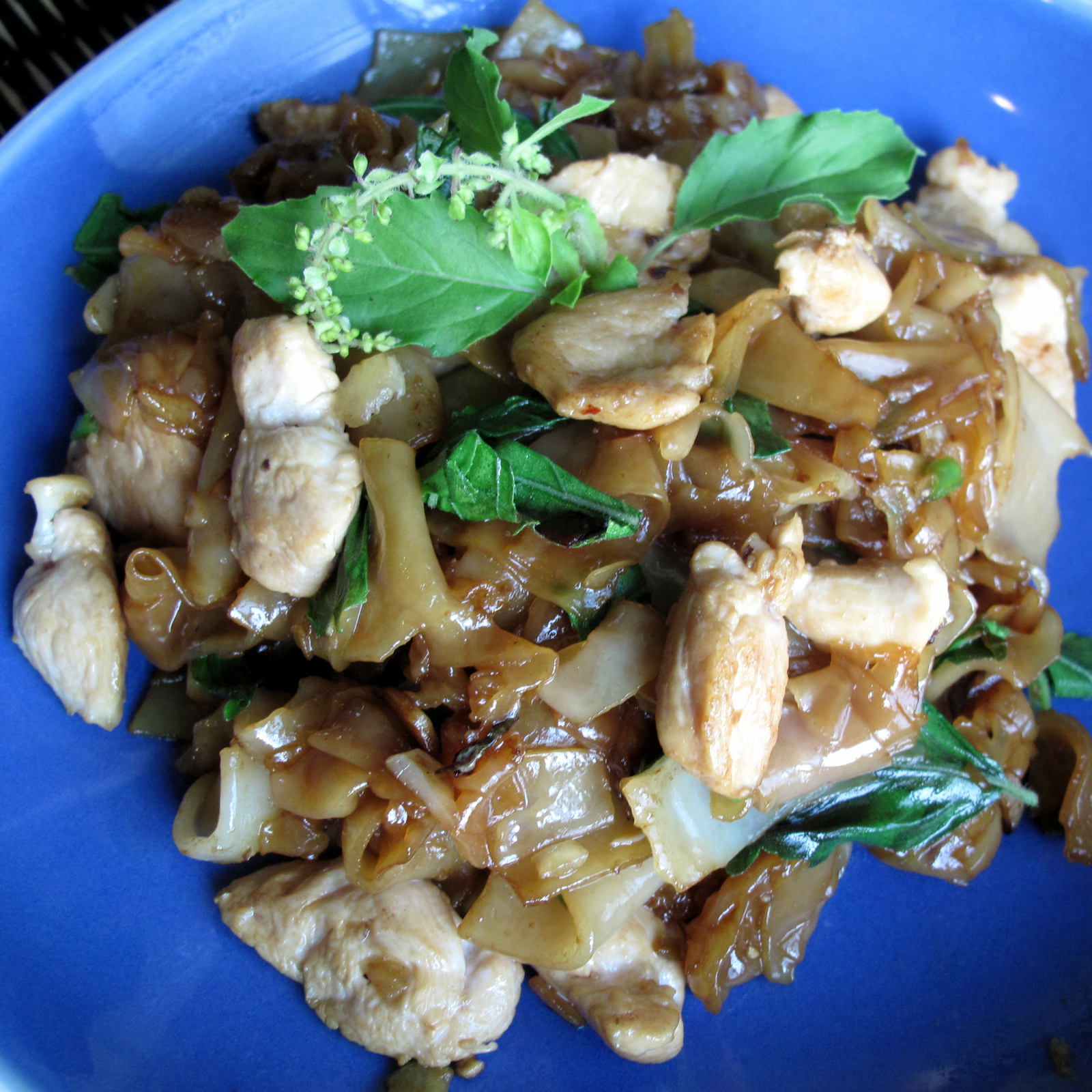 But why would drunkards want to eat this spicy noodle dish? It's just a guess, but I propose that it's because alcohol easily neutralizes the heat of the chilies, and the noodles are easily digested by the upset stomachs to which heavy drinkers are prone. Others have proposed that it's because the hot chillies are believed to be sobering. Men who may have enjoyed one too many beers may partake of this dish before heading home to the wife. Speaking from personal experience, I can say that extra-spicy food can help you to get over a headache (or hangover, as the case may be).

You can make this dish with chicken, pork, beef, prawns or just about any other meat. You can also use Italian pastas such as spaghetti or fettuccine instead of rice noodles. This 'fusion' of east and west is quite popular in Thailand. Another common variation is to use 'Shanghai' noodles. These are similar to glass noodles, but are wide flat cuts that tend to curl up when cooked.